Gandhiji Vs RBI Ban on Crypto

each time IND tokens are used

100% OF ALL TRANSACTION FEE’S DONATED BACK TO THE BELIEVERS 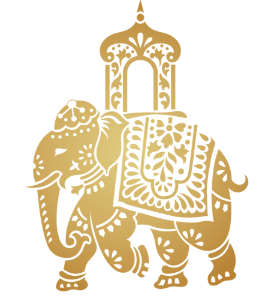 With all for the benefit of all

Gandhiji Smart contract is verified on the on the Ethereum blockchain that is fully transparent and open source. The code is backed by the Ethereum blockchain, feel free to take a look at the divine mathematics and logic, the code is open for all to see.  So, as long as the Ethereum network exists so will the Gandhiji Dapp.  Every transaction is handled by a piece of un-changeable blockchain programming known as a smart-contract.  Decentralised Democracy has finally arrived.

For each IND token added or removed from circulation the price of the next token increases or decreases automatically by a fractional amount of ETH (about .0000001 eth).

When people buy, your IND tokens are worth slightly more, when they sell, slightly less. This is managed and calculated by the smart contract directly.

Gandhiji smart contract will manage the economy but cannot affect the price of the token. That is locked in the code and set on the blockchain, the price will rise and the price will fall, those who trust in Gandhiji the longest will be rewarded the most.

Selling IND tokens is like saying that the trader has lost faith in Gandhiji.

Simply put, when someone chooses to sell or trade tokens, a 10% transaction fee is applied. That fee is split across all tokens currently in circulation as a reward to those believing in Gandhiji and not selling IND tokens. Anyone who holds IND tokens can withdraw their share of those earnings anytime, in Ethereum from Gandhiji, no fee attached. The first true believers in Gandhiji will surely gain the most.

In addition, if you hold just 1 token you can earn instant eth rewards for your good karma in spreading the word about Gandhiji.

Your Karma link gives you a unique link to our website that Gandhiji recognizes, anyone buying into Gandhiji via your link has 33% of all fees they would otherwise pay into Gandhiji, directed to you instead as instant karma Ethereum gains.

This is the active-gains component of the contract, Gandhiji lets you build your own network that rewards you!

The selfless Gandhiji holds all Ethereum ever put into purchasing these tokens in his pocket and will democratically give you all Ethereum you are owed whenever you want to withdraw or sell your IND tokens. That’s if you are a non-believer of course.

Gandhiji is also indifferent to the plight of man, cannot be stopped, shut down, or ended without the death of the Ethereum network itself

Not a “Concept” token 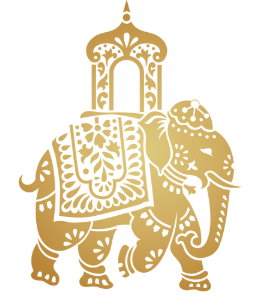 You must be the change you wish to see in the world. 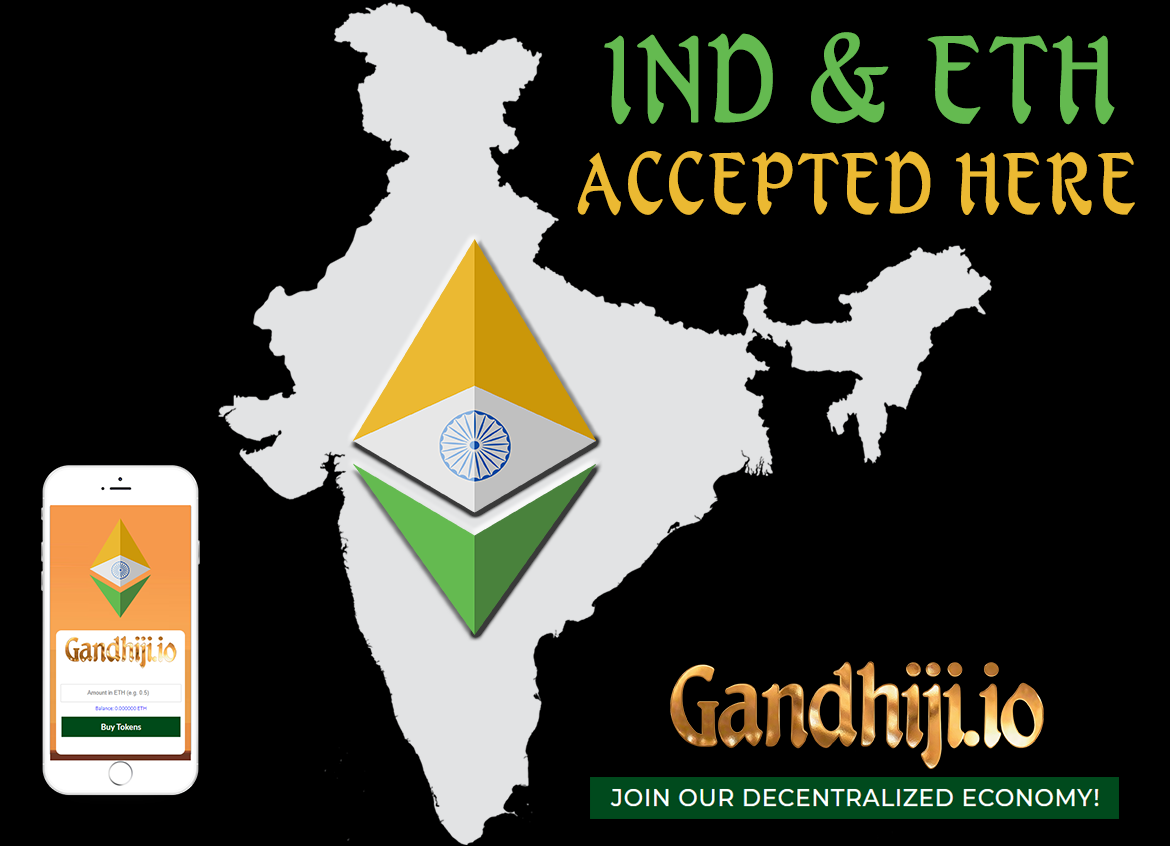 CONNECTING INDIA TO THE BLOCKCHAIN

India is a country of over 1.5 billion people. The Gandhiji Dapp was created to help support the migration of people into the crypto space. 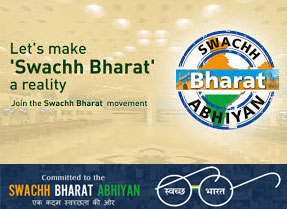 The Gandhiji community regularly raises funds and donates to various organisations in India. Swachhbharat Abhiyan is an obvious great initiative to help improve the daily lives of many people across the whole country. 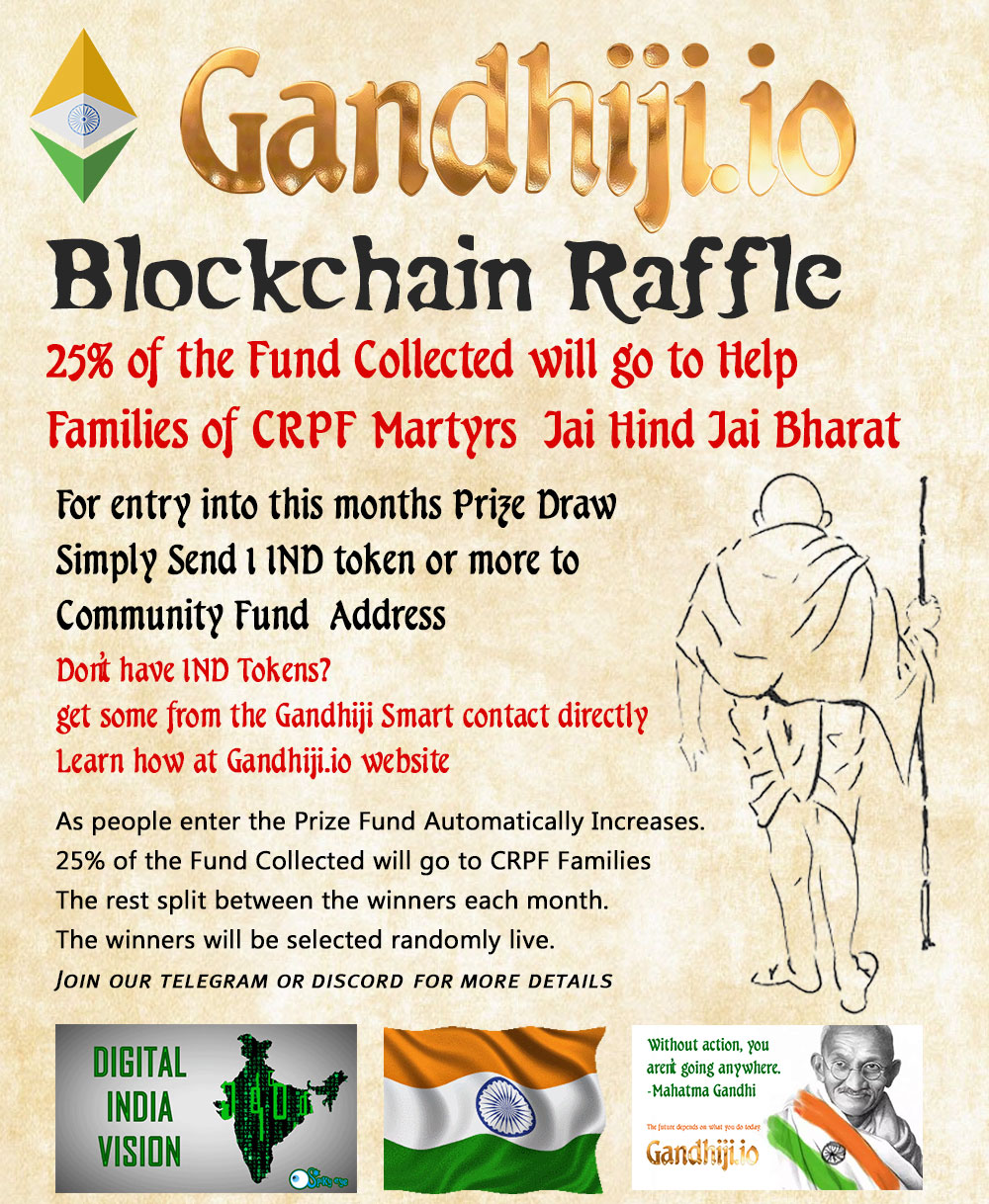 Gandhiji Blockchain Raffle – For entry into this months Prize Draw Simply Send 1 IND token or more to Community Fund Address. As people enter the Prize Fund Automatically Increases. 25% of the Fund Collected will go to CRPF Families The rest split between the winners each month. The winners will be selected randomly live. Join our telegram or discord for more details

How to use this Dapp.

The longer you hold IND tokens the more value they will gain for you.

That’s it, you’re a believer now.

With continuous volume you’ll receive a steady flow of ETH for as long as you have faith.

Don’t give up, you really can only lose when you sell you tokens. 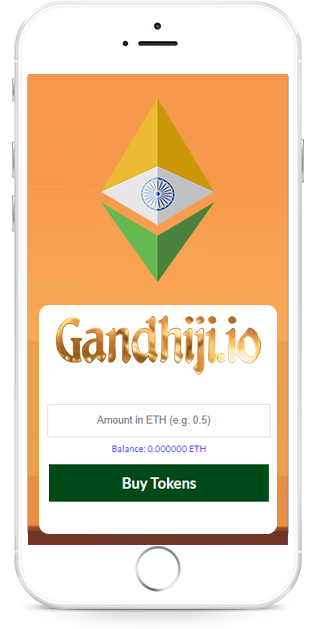 Karma connections can supply a steady stream of ETH, no matter how big Gandhiji gets you’ll always be able to see the instant effect

Anywhere that you have a unique opportunity to direct others here, use your unique Karma Link.

Our site remembers who you brought here, you get credit for every IND token they acquire in the future

The cleverer your network, the more you’ll earn, Hook up your karma link, Gandhiji encourages it

We are stronger together

Education is the key